WIP Wednesday: Back to Yak

There for a while, it seemed like I always had a yak yarn project on the needles - perhaps it felt that way because I was working on a really long term project, the Pennant Cardi using 100% yak sport weight yarn from Bijou Basin Ranch! At any rate, I was apparently going into yak yarn withdrawal, so over the weekend I excitedly cast on for the Odyssey Cowl using the kit I blogged about on Monday, which included this delightfully variegated skein of Tibetan Dream sock yarn dyed by Miss Babs...and then I promptly ripped out my work (all 4 rounds of it) when i realized I'd managed to twist the cast-on when I joined to knit in the round. Such a rookie mistake, but we all make it sometimes, no matter how long we've been knitting. Late last night, I redid the cast on stitches; later today, I plan to knit the first round of the stitch pattern flat and then join to work in the round (that way I am much less likely to make the same mistake twice). 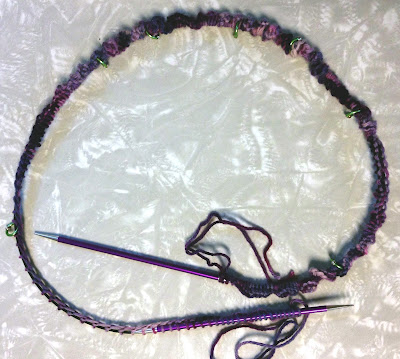 I've continued to zoom on the Sail Shawl - while it's not finished like I thought it would be at this point in the week, I am on the final section, which is picking up stitches to knit the top edge. 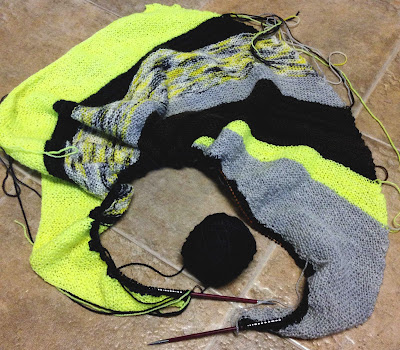 Of course, I am still working on my Mystery Blob Project - now last week's blob has a friend, with another one in progress! 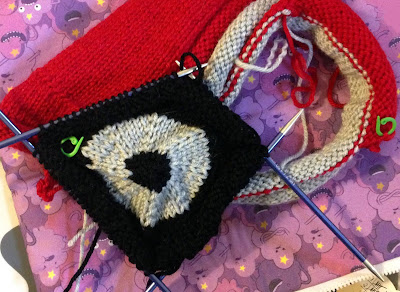 And the Tortie Cat BFL socks have grown a little longer, though I haven't been working on them much lately, truth be told. I really want to get that Sail Shawl off the needles, and there is an impending due date for the Mystery Blob, so this one is relegated to out-of-the-house knitting only at the moment. 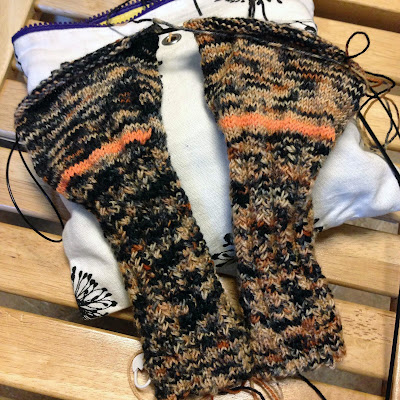 And that's all that is on my needles this week!
Posted by Handmade by Stefanie at 8:32 AM