Welcome back to another edition of Stuck on Skinny Yarn. The baby version of the Force Awakens hat is off the needles, but I continue to make slow yet steady progress on the Alegria Hat and Snowflake Cowl - in fact, both will probably be off the needles in a week's time! 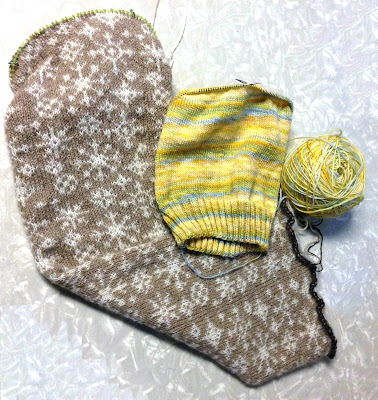 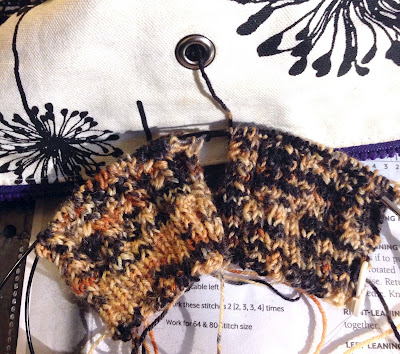 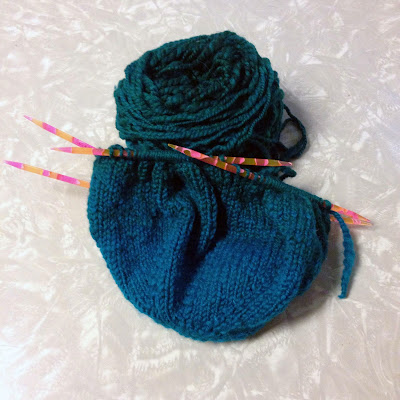 Curiously, I have to cast on for my Liathite Cardigan yet. When I measured my gauge swatches, I was slightly off, and I am still trying to decide if I want to knit another swatch on a different size of needles, or if I want to do a little math and figure out which set of numbers would make the size I want based on the gauge I am actually getting. Either option sounds like a lot of work to me, and I'd really rather engage in brainless knitting for the time being, since I've been working extra hours during the week and things have been extra crazy. Perhaps this weekend I will sit down and figure things out....
Posted by Handmade by Stefanie at 8:00 AM