These past few weeks have been more exciting than usual here in Chicago, and I've been trying like mad to get the goofy "Go Cubs Go" song out of my head. It's unavoidable here since the Cubs won the World Series (and, let's face it - for the entirety of the postseason).

While my parents were in town, we made the pilgrimage to Wrigleyville to get a taste of those wonderful postseason vibes. I'd heard that people had been leaving their well wishes in chalk on the brick walls surrounding Wrigley Field, and the rumors were true! 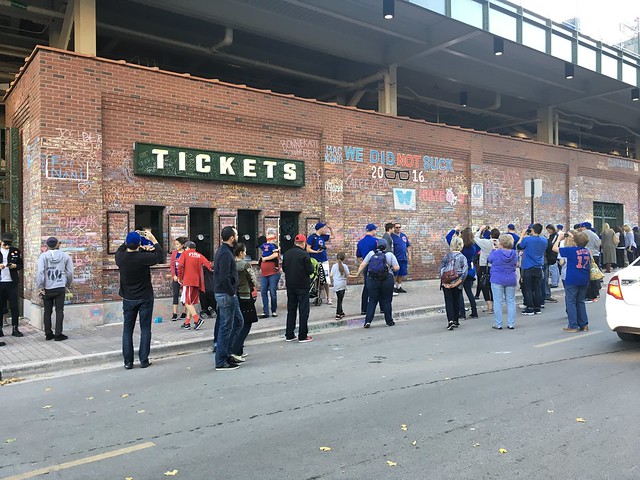 There was also an enterprising soul offering photo ops with Millie the Good Luck Goat (if you're not aware of all the crazy goat-related superstition previously held by Cubs fans, click here), which I couldn't resist. See! We're getting into knitting-related territory, so hang with me! 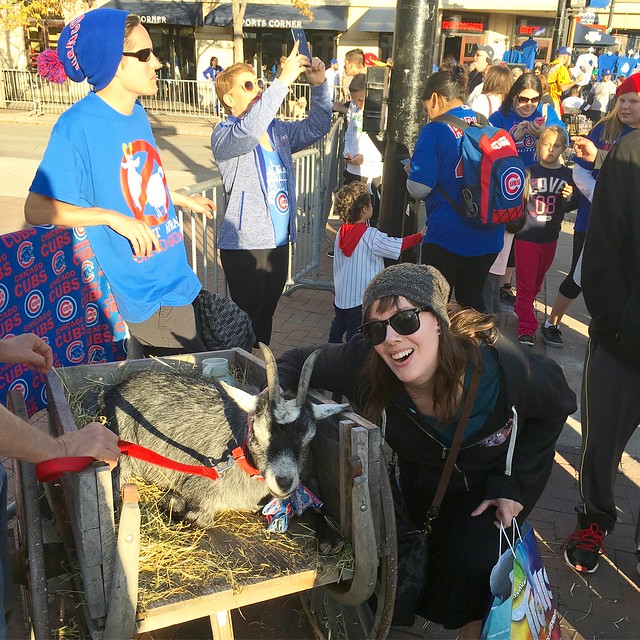 The true delight came when we walked around to the main marquee on Clark & Addison: 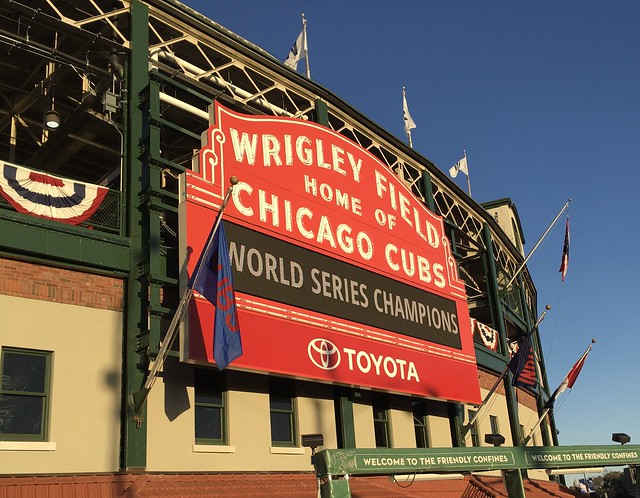 No, I don't mean that - though seeing those words is absolutely amazing....but on our way, we passed a really awesome crocheted yarn bomb that kind of stole the show: 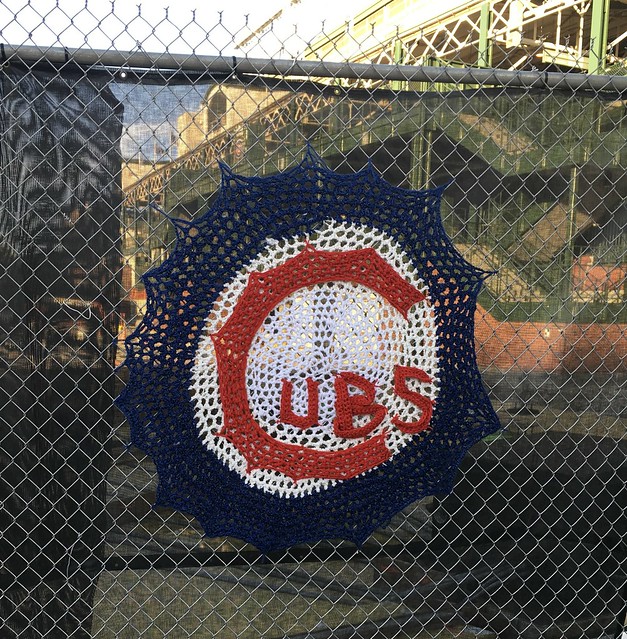 My other favorite thing was all of the Bill Murray love (and the Wu-Tang W!): 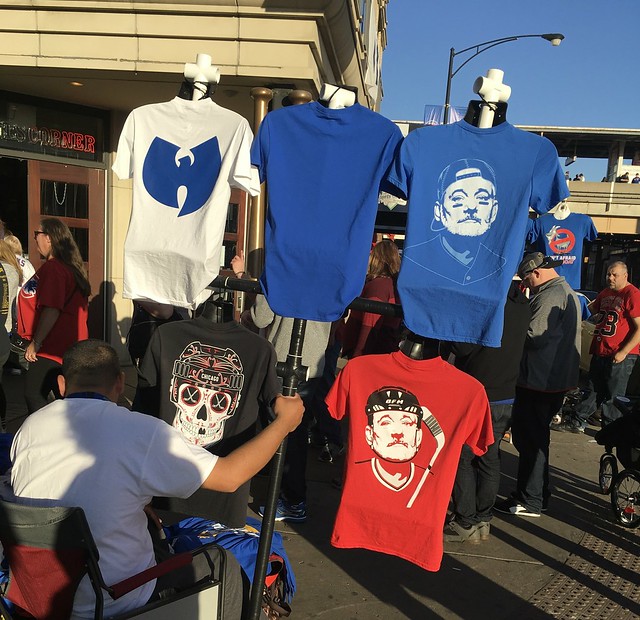 So, full disclosure - I am not normally a Cubs fan, though I've been rooting for them in the postseason this year....how could I not, I've called Chicago home for the past 11 years - and it doesn't hurt that they have a former KC Royal on their roster, Ben Zobrist. But I am, first and foremost, a Royals fan - when I was a kid, I grew up watching them with my family (I grew up in KC) and I do remember when they won the World Series in 1985, and I did have quite an impressive collection of baseball cards (which are probably somewhere in my parents' attic still). After the baseball strike and all of the doping scandals, I totally lost interest....I think a lot of us did.

Over the last couple of years, I've gotten back into baseball; the Royals making it to the World Series twice in a row (and winning it all in 2015) came at a time when I desperately needed to find some non-knitting interests. I still remember finishing the sleeves for this sweater the night that the Royals won it all in Game 5. It never gets old to see grown men jump up and down like it's Christmas.


I haven't lived in Kansas City since I was in my early twenties, but I still enjoy rooting for my hometown team, though I am psyched for the Cubs and pretty happy that they won (sorry, Cleveland fans, but the Indians really beat up the Royals this year....so it was a bit satisfying to see a little karma payback in the WS). And as much as I love living and breathing yarn and fiber 24/7, for my own personal sanity, it's really best if I allow myself to spend time enjoying non-yarny pursuits since my job and my main hobby are virtually one and the same.

If you're not a "sports ball" fan, I applaud you for sticking with me for the entirety of this post (assuming you made it down this far). Your reward is one of my favorite scenes from the IT Crowd, which probably describes how you are feeling right now:


Don't worry, I used to feel the same way! Thanks for indulging me, next week I'll be back to the yarn/fiber/knitting content I know you want to see!
Posted by Handmade by Stefanie at 7:00 AM