I started a few projects since last week, but I promise that I had really good reason for doing so. For instance, I realized that I had just one gift knitting project I needed to make, and that time was running out to knit said project if I was going to ship it to the intended recipient prior to Christmas. Also, one of my Spinzilla prizes arrived - a custom set of Kollage needles from my team host, Louet North America, who is the new owner of this needle company. All signs pointed to starting a new project!


Here's another photo of my fancy customized needles: 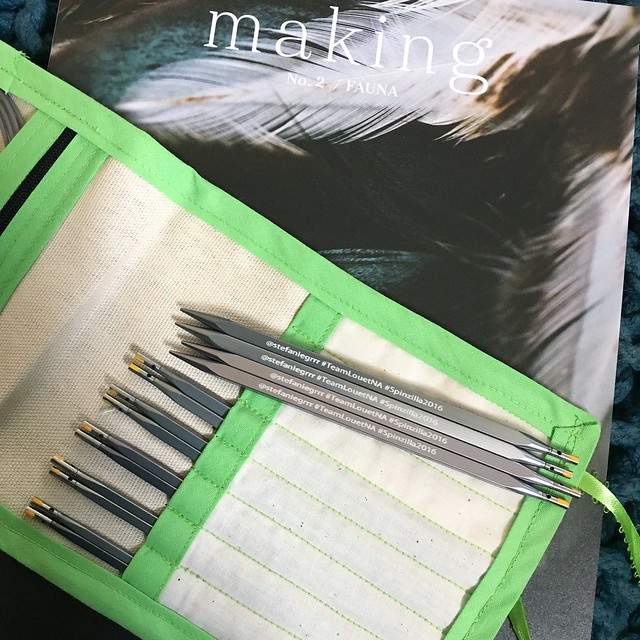 I also started a hat because I wanted an instant gratification project - and Woolly Wormhead did a one-day promo last week offering a free pattern with a coupon code. I ended up buying an additional pattern along with this on in my small bid to pay it forward for her random act of kindness. 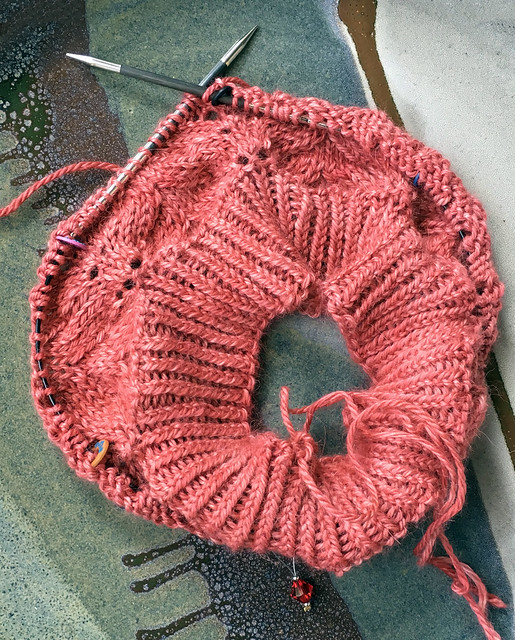 With the crazy political turmoil of last week, I was happy to have this vanilla sock to work on, which got a Fish Lips Kiss Heel in the last week. Soothing, simple knitting ALWAYS has my vote. 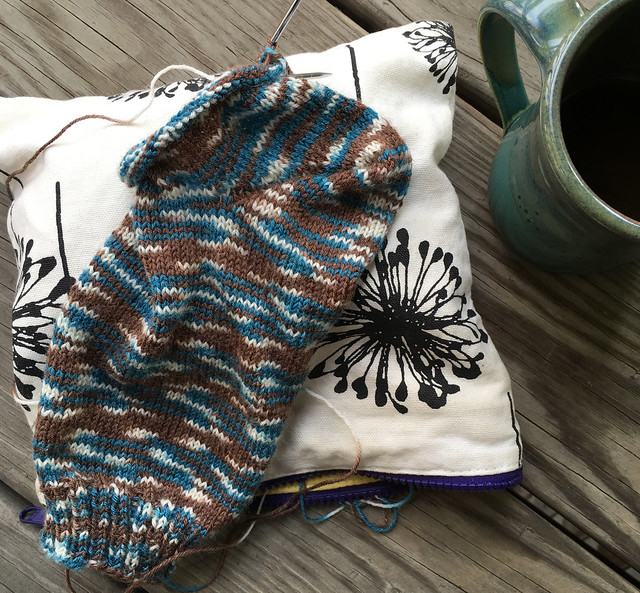 That leaves 6 other projects on the needles or hook which I am actively ignoring....I think I have set a personal best for active WIPs!

Consequently, I have no FO's to share this Friday, but I do have a few new (free!) patterns which recently came out on other channels that I forgot to blog about here, so I'll be sharing them with you later this week. See you then!
Posted by Handmade by Stefanie at 7:00 AM