I spent last weekend in San Jose for TNNA, so I don't have a ton of progress to show here since I left most of my WIPs at home. I did, however, make the most of the flight to and from the show by tackling the nightmare of ends on Tyler's Royals socks: 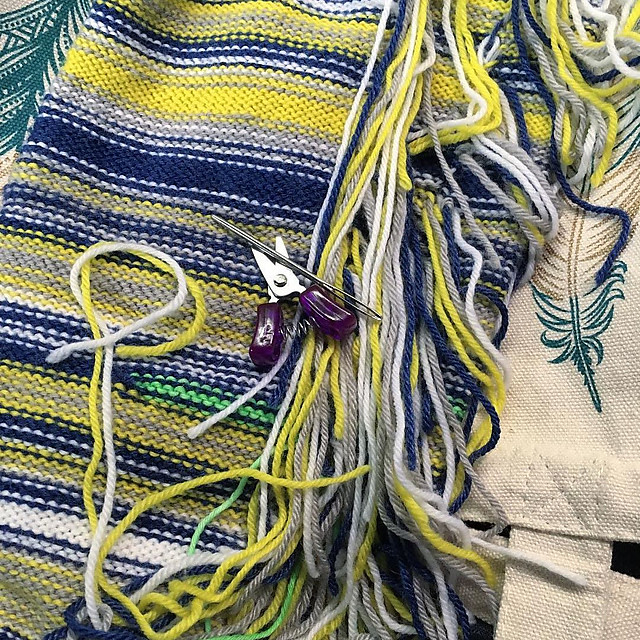 On the way there, I wove in all the ends for sock #1; on the way home, I did sock #2. Now all that's left is to knit the afterthought heels. 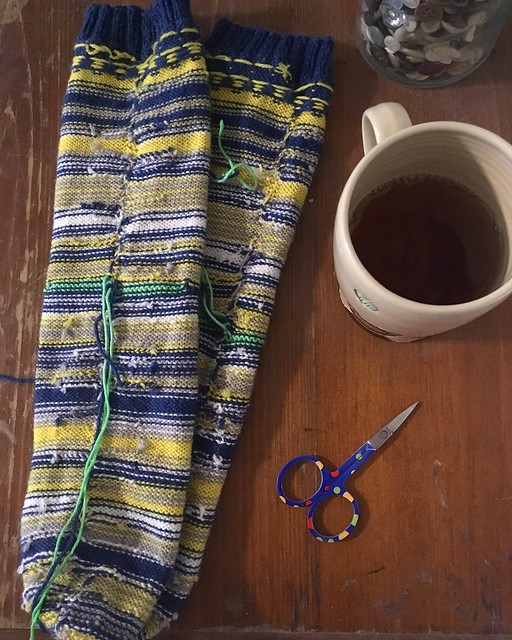 The trade show was the usual whirlwind for me, and I did a terrible job of taking photos and making notes to share on my blog later. But I DID manage to come home with some cashmere yarn from Lux Adorna - my only purchase at the show: 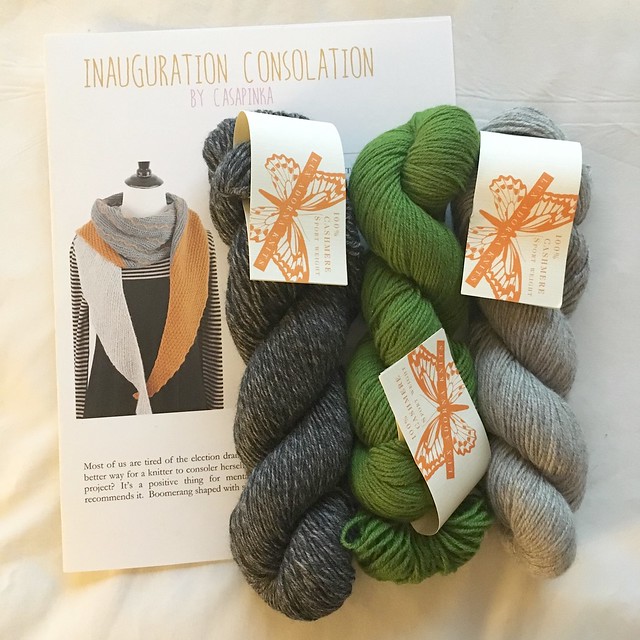 While I was at TNNA, I heard the sad news about the passing of Yordano Ventura, a pitcher for the Royals (honestly, that's what spurred my cashmere yarn purchase above...I needed the comfort and a little cash(mere) therapy). 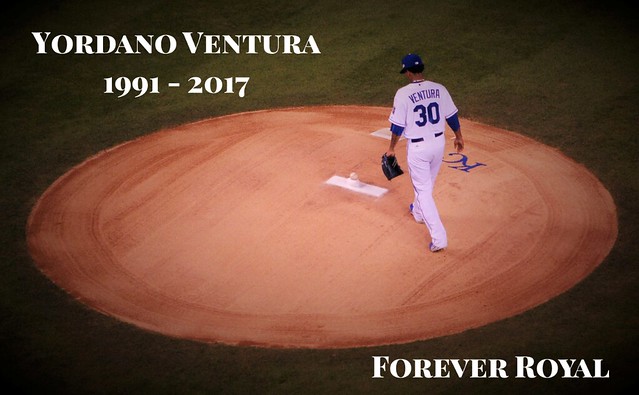 It's kind of given these socks some new meaning as I work on (finally) finishing them. One of his defining moments was Game 6 of the 2014 World Series, but he did play an important part in the 2015 season, which these socks celebrate. Personally, I'd argue that his best moment was the complete game against the White Socks in the 2016 season - it was brilliant, and hinted at amazing things to come for 2017.

We've been in the process of rewatching all of the 2014 postseason games and were just over halfway through the 2015 postseason before I headed out of town. It will be strange to resume watching these games knowing that he is gone, especially since we'd left off at Game 6 of the ALCS Blue Jays series, which Ventura started. I'm guessing that most of you don't read this blog for my baseball commentary, but I appreciate that you indulge it every now and then.

Thanks for stopping by - see you back here for FO Friday.
Posted by Handmade by Stefanie at 7:30 AM