FO Friday: A Potpourri of Projects

Last weekend, I finished a several crafty projects (all the better to start new ones, right?!). First, some fingerless mitts which used the leftover yarns from the Fade: 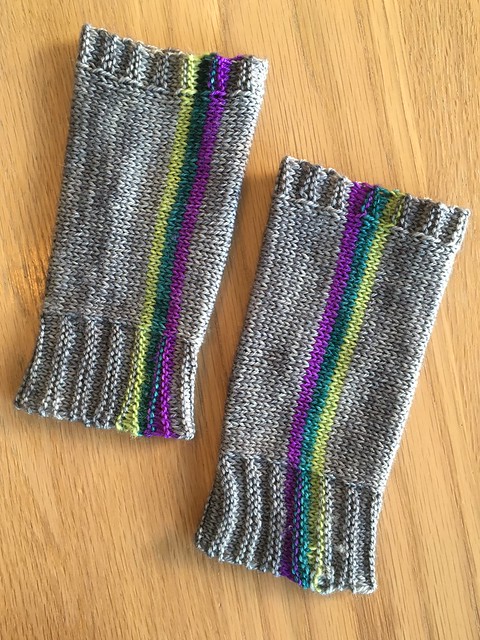 I also finally finished the destash scarf that's been on my loom for several weeks now. All it took was an afternoon baseball game to knock out the final 20 inches of weaving! 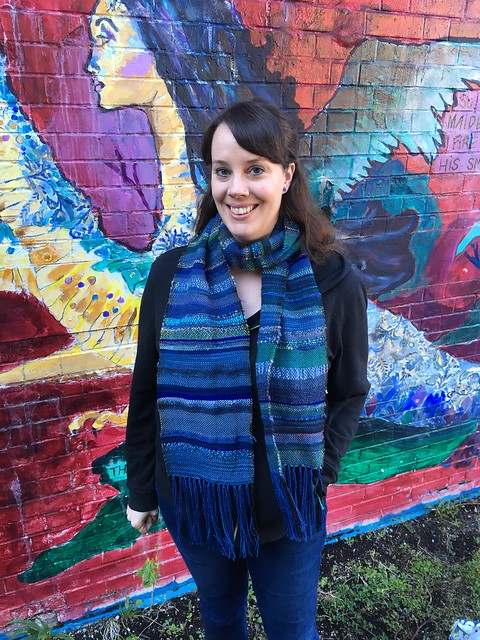 Since I was able to get the loom cleared off on Saturday, that left Sunday for warping a new project: 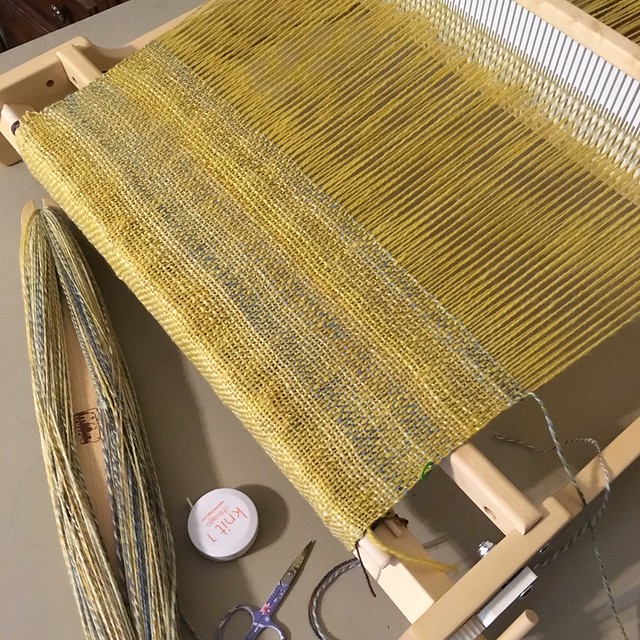 I'm using handspun for both the warp and the weft. The warp is a two-ply Louet Merino and I'll be weaving with a skein of Cloudlover Superwash Merino. I got a little crazy and decided to use the entire width of the heddle since I had so much yardage in both skeins, so I'm expecting a nice-sized wrap.

And, I finally found time to ply together two 4oz singles of Polwarth from Bee Mice Elf that I'd recently spun I bought both braids a month or two ago with the intention of plying them together, but when I spun them into singles they didn't look like they'd go together so well. I decided to try plying them together despite this fact because most of what I think won't work usually ends up looking amazing....and I am quite pleased with the results! 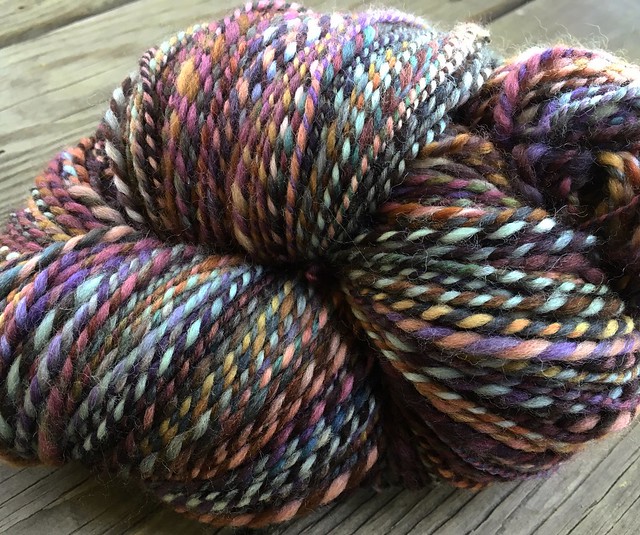 That's it for this week, thanks for stopping by. Have a crafty weekend!
Posted by Handmade by Stefanie at 8:00 AM