I've dabbled here and there with cross stitch in recent years, but it's quickly becoming one of my favorite crafts for stress relief during the pandemic. It doesn't take a ton of brain power (at least, not the projects I've been making!), and it's immensely satisfying to transform all those little x's into a pretty picture.

Before the pandemic hit, I'd already been working on a project from The Frosted Pumpkin Stitchery called With Love, which was a fundraiser for the Australian Bush Fires. It became one of my first shelter-in-place finishes, and after finishing it up, I was hungry for more cross stitch! 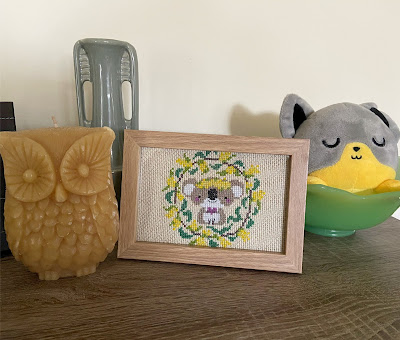 While spring cleaning, I came across a small project kit I'd forgotten about and decided to use some of my own floss, sparkly aida cloth, and a nicer frame (so, basically, just the pattern....kinda defeats the purpose of a project kit I guess!!) to stitch it up: 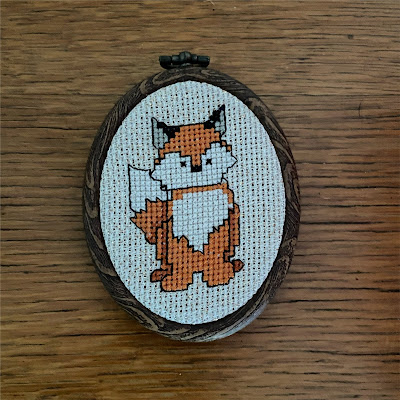 Then, on Star Wars Day (aka May the 4th), I couldn't resist impulse buying this adorable project kit (which also came with cool Star Wars goodies) from Spot Colors. Baby Yoda was a super quick project that only took a few days' time! 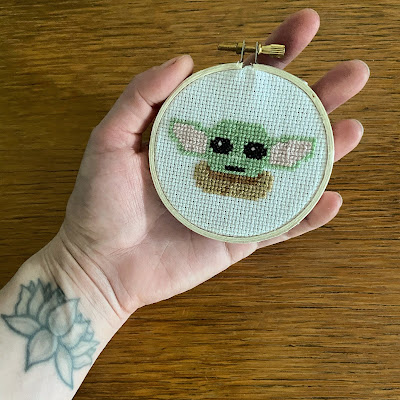 Also filed under Things I forgot I Bought But Was Happy To Rediscover When Cleaning: a 3-pack of white aida canvases! I decided to experiment with dyeing them different colors using Rit dyes and my trusty dyeing crock pot, and was pleased with the results in getting a nice light grey and sky blue: 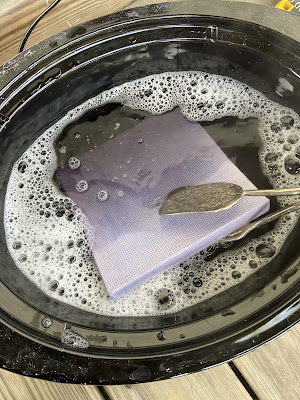 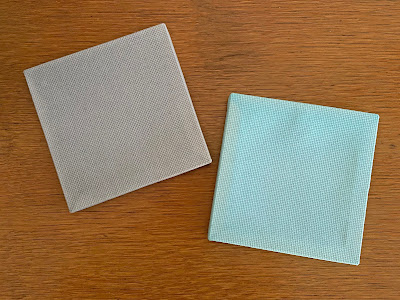 I used one of these dyed canvases to stitch up another small project from The Frosted Pumpkin Stitchery - this one's called Piñata Party! 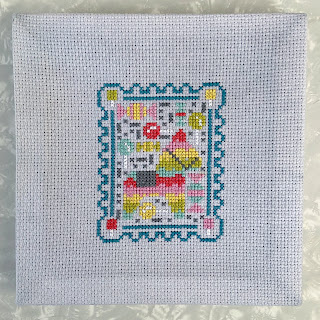 The only downside of the pre-stretched canvas is that it gets progressively looser as you work on the surface. Even though it's just a little bit of slack, I'm hoping that's fixed once I find a frame to put on this canvas. Regardless, I still have plans for the other two and will probably start my next cross stitch project soon!
Posted by Handmade by Stefanie at 8:05 AM