It's been a while since I posted a WIP Wednesday - but don't worry, the disappearance of this weekly feature was only temporary! At the moment, I have just two projects on the needles, and best of all...they are both for ME! The first is something I started in December, about 5 seconds after finishing my last holiday gift project: 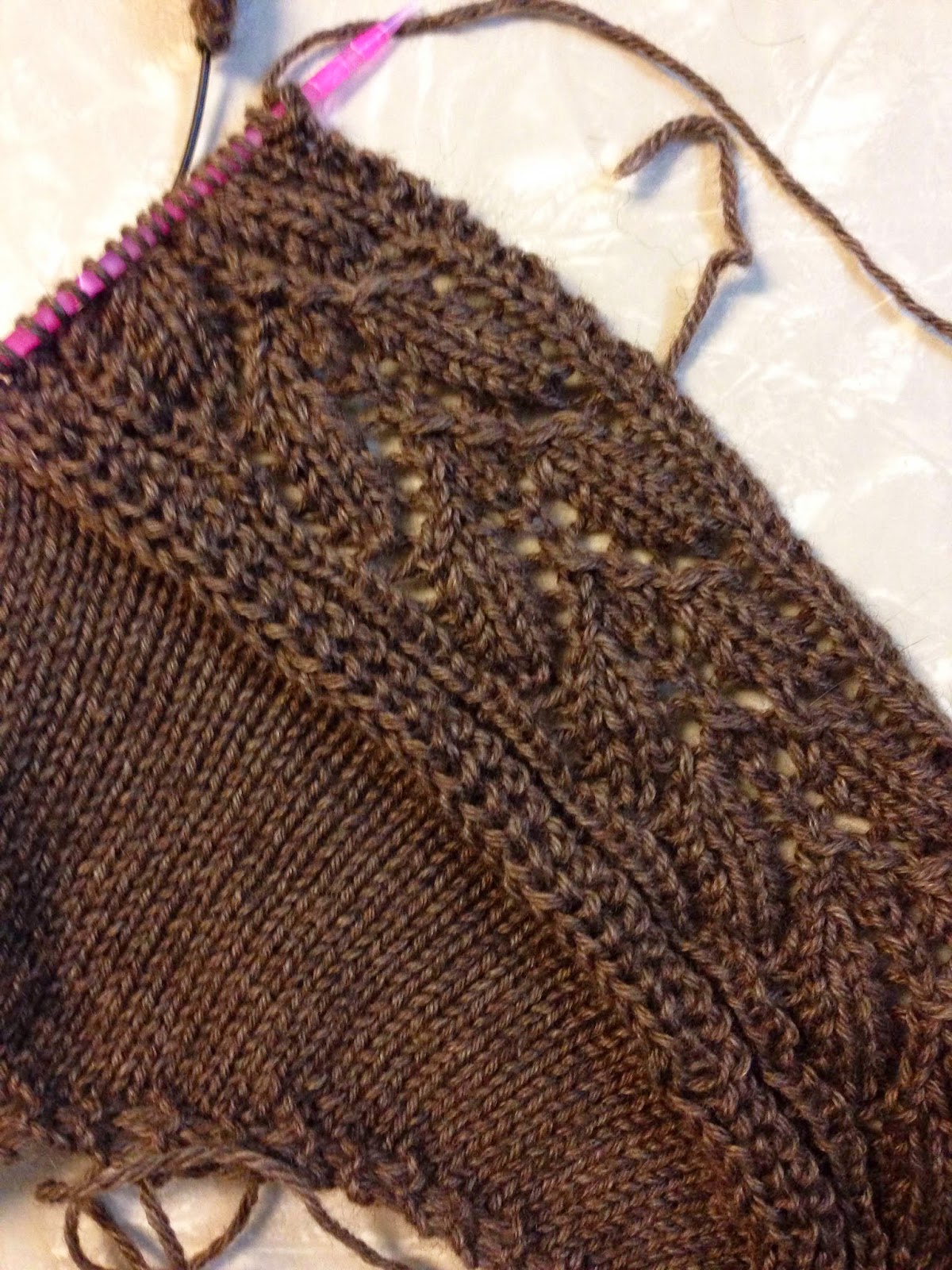 The pattern is the Lace Leaf Edge shawl by Jen Lucas which appeared in the Knit Accessories 2014 issue of Love of Knitting; I'm using the yarn called for in the pattern (Lhasa Wilderness from Bijou Basin Ranch) in the Sassenach colorway. It's at the extremely hard-to-photograph stage since I've finished knitting the body of the shawl, and am now working across allllll of those stitches to create the lace border. I have a ways to go, but the chart is starting to go faster for me! 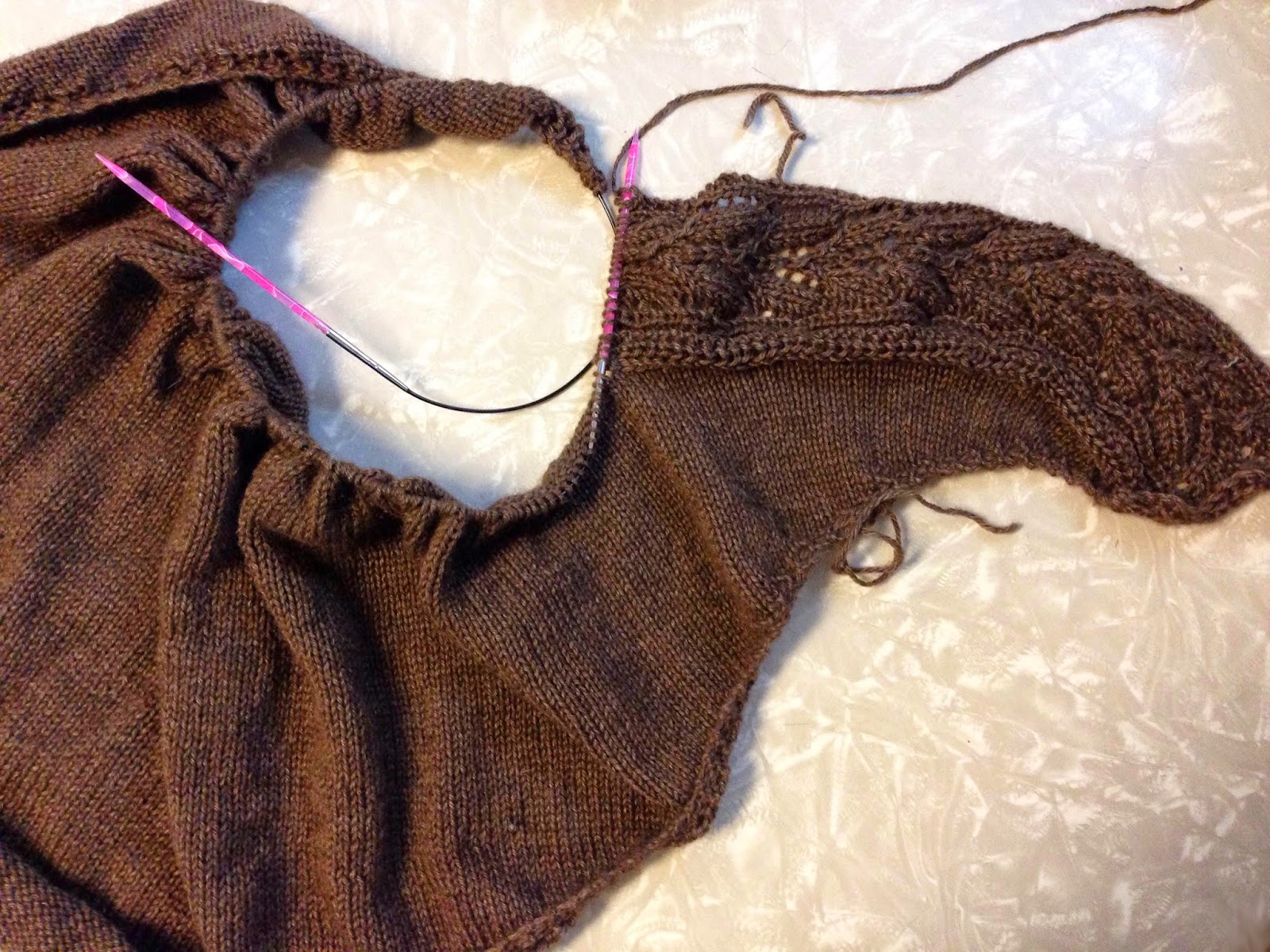 My next WIP was started during my trip to Kansas City last week - my first sweater of 2015! I'm really hoping that this year will truly be the Year of the Sweater for me, and I've been eyeing the pattern from Knitscene for quite a while. 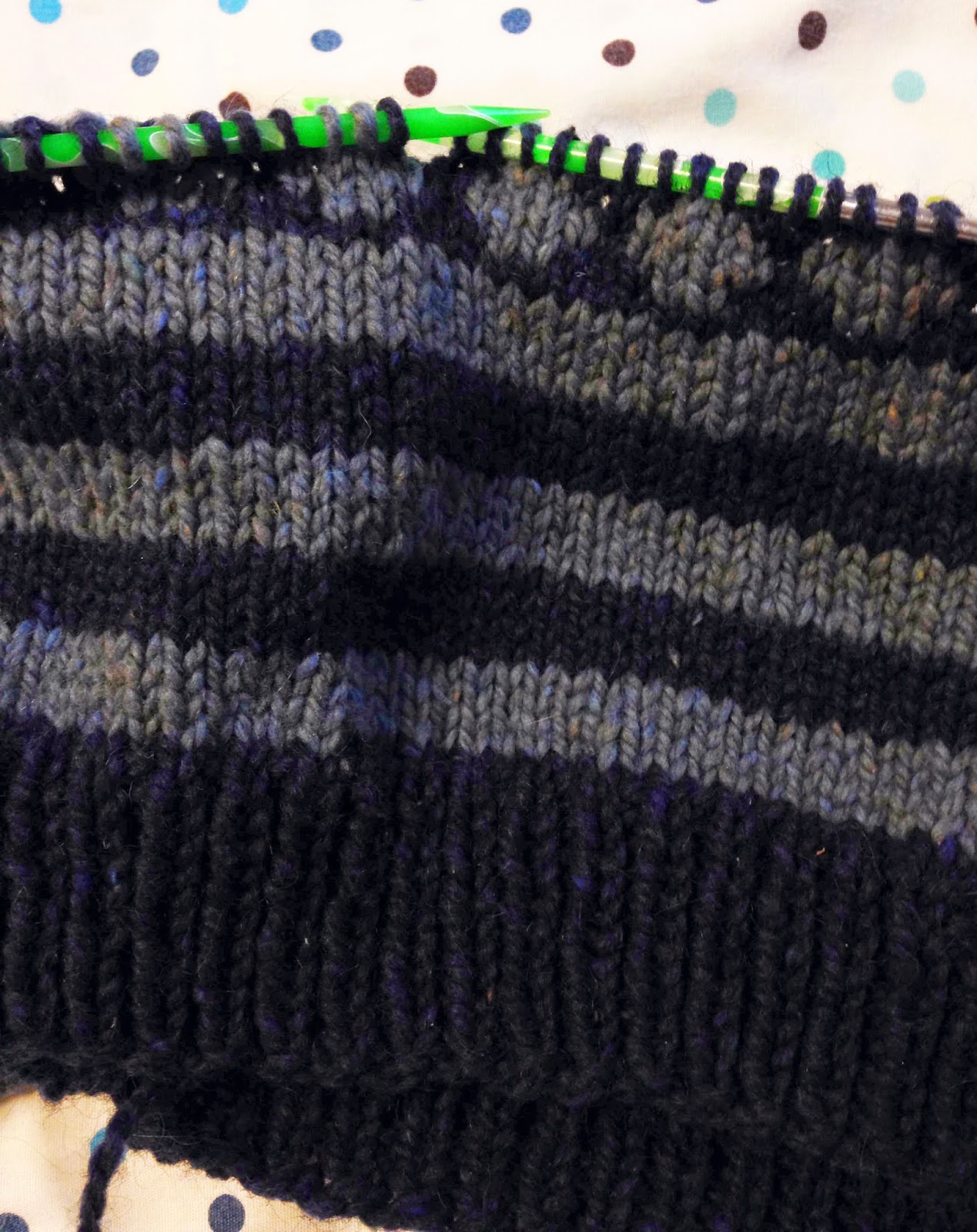 The pattern is the Block Island Pullover by Allyson Dykhuizen which appeared in the Fall 2014 issue of Knitscene; I'm using Peace Fleece Worsted yarn in Indigo Smoke and Patience Blue.

I can't wait to share this week's FO with you this Friday - see you then!
Posted by Handmade by Stefanie at 8:42 AM