I had quite the productive weekend, wherein I finished 2 out of 3 secret projects (and the third is now in the final stages of done-ness)! That meant I had plenty of time to to spend on my other WIPs and March Goals. My first order of business was finishing my Celery Slouch KAL project (more on that this Friday), deciding on a spinning project for March (more on that....eventually), and dusting off my Block Island Pullover, which has been rather lonely in the knitting basket of late. 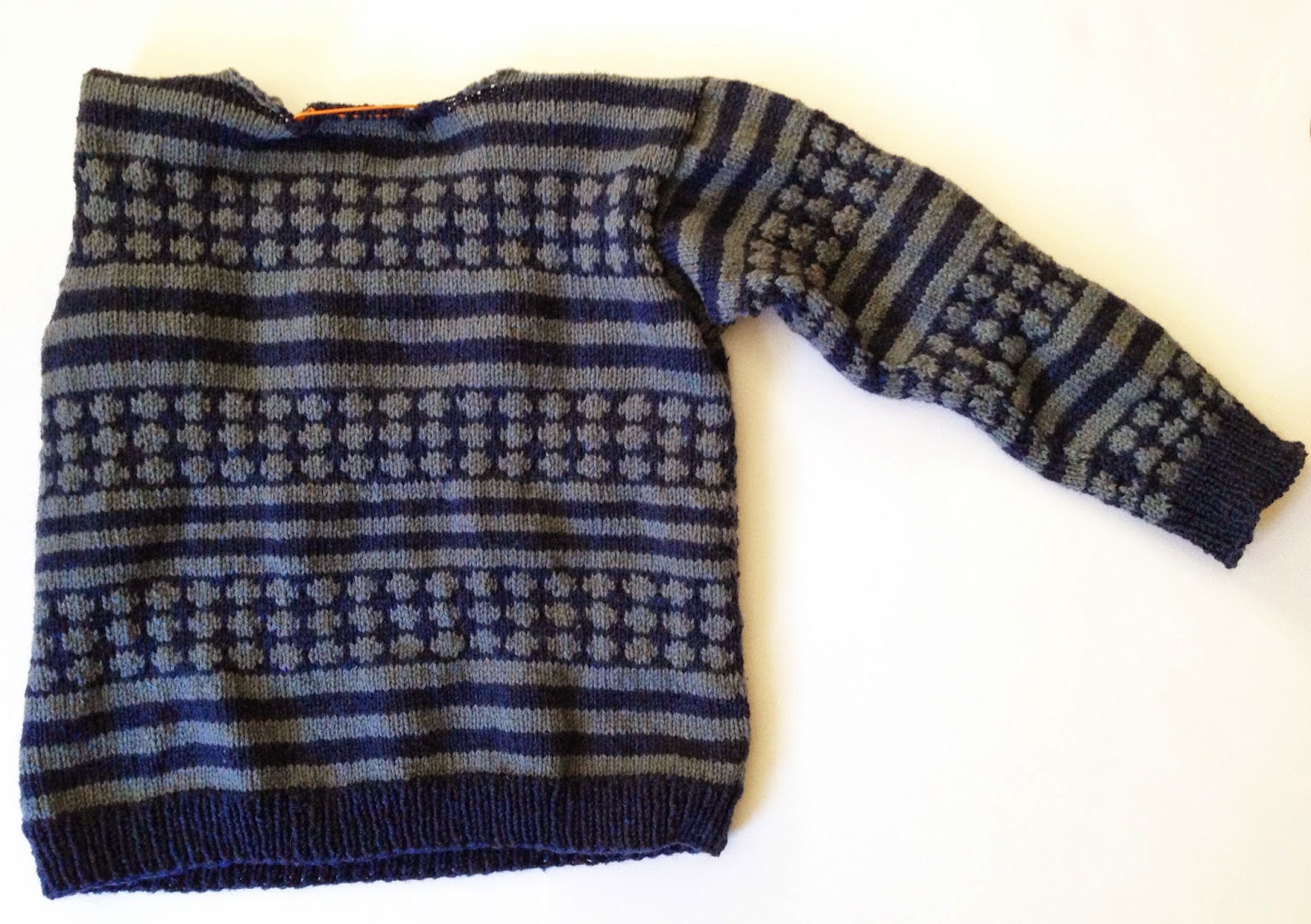 On Monday night, I finished the first sleeve, and instead of diving into sleeve #2 right away, I decided to take some time to weave in all of the many ends hiding on the inside of the sweater. It's not terribly exciting stuff, but I'll be glad I did it later on. Probably. 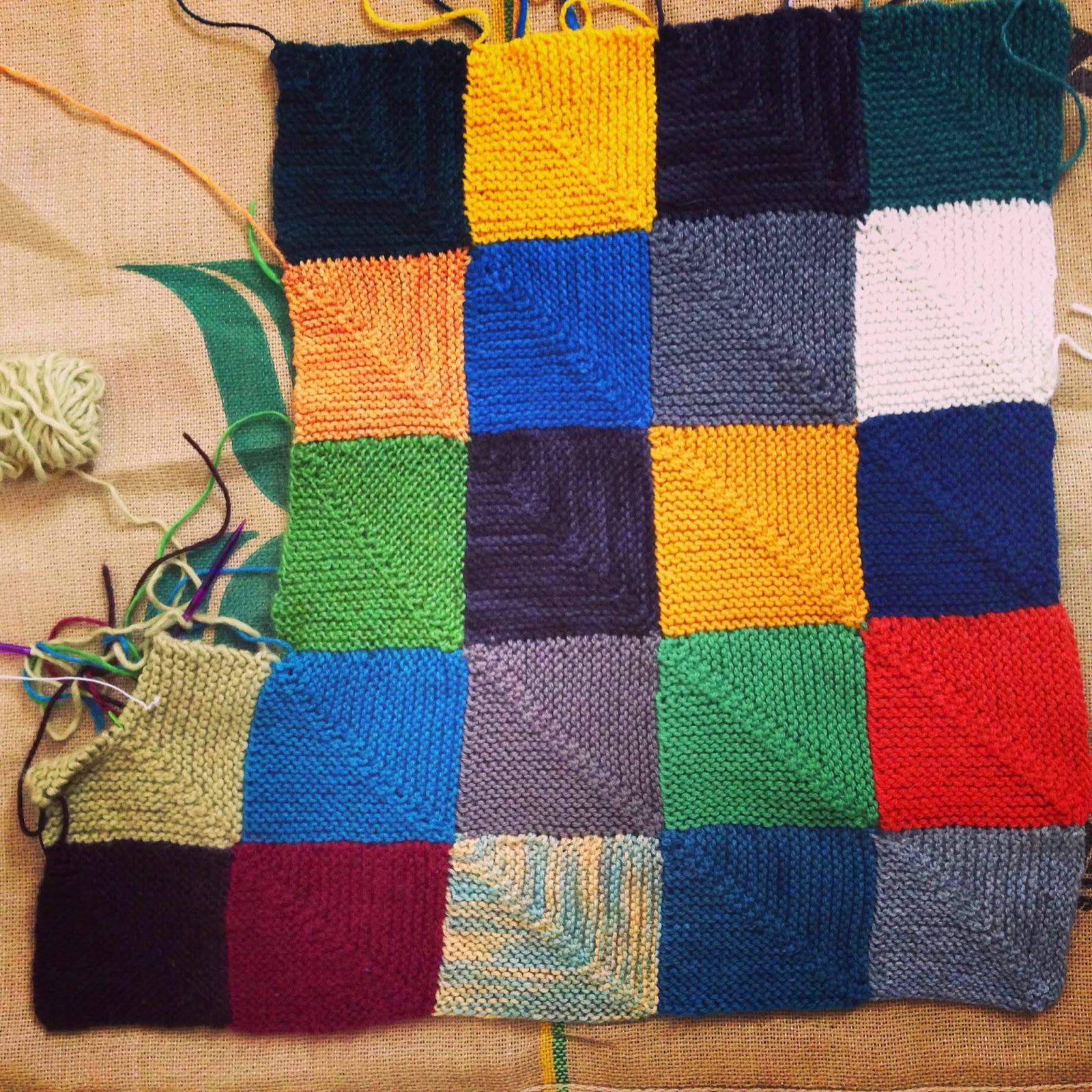 I also added several squares to my destash memory blanket...in fact, I've already exceeded my modest goal of adding 2 squares each week (for a total of 8)! I'm getting totally addicted to picking out new colors and yarns for each new square, and it's a great project to grab when I'm waiting for the cats to eat their food or sneak in a few rows while dinner is cooking. 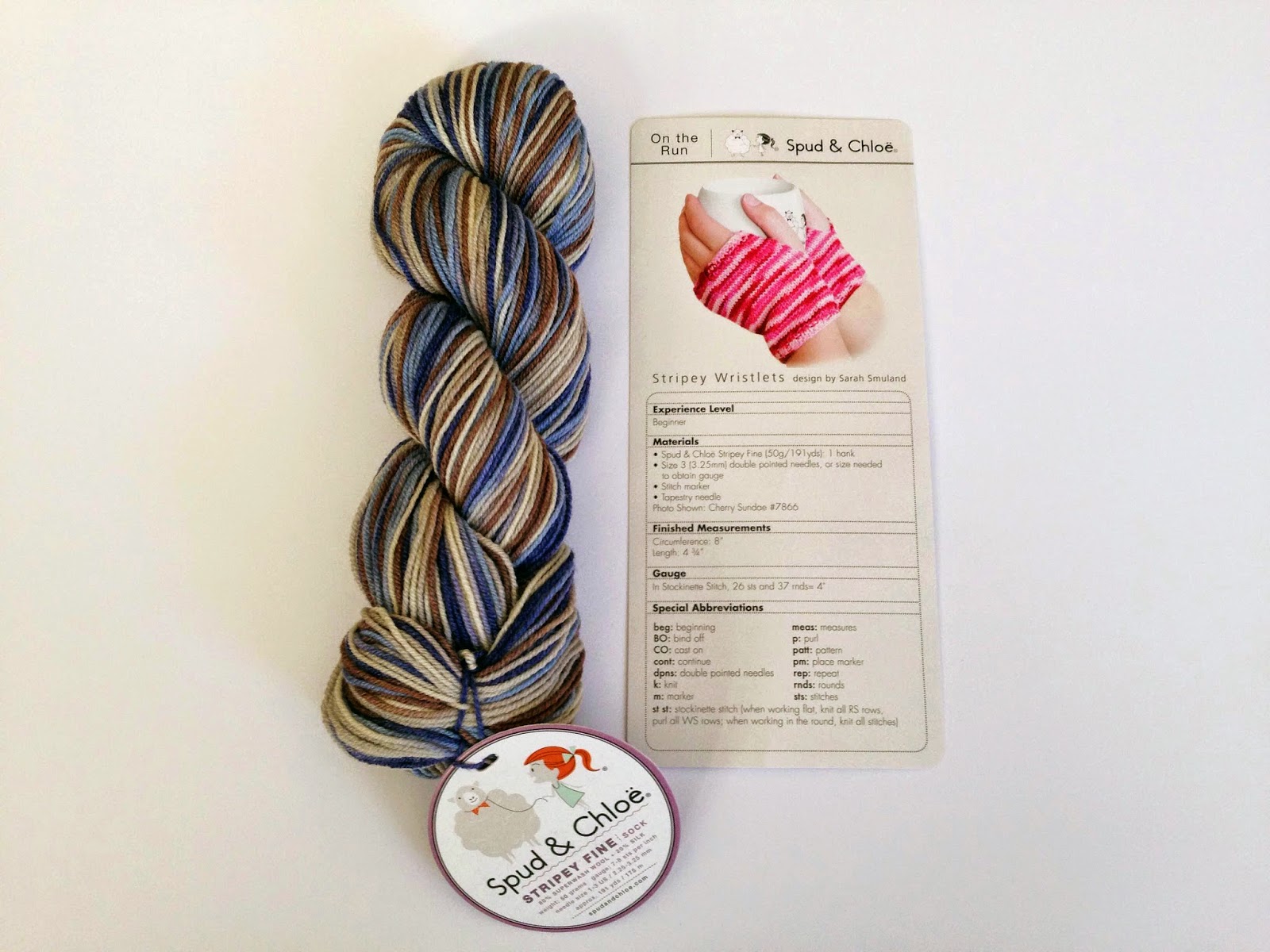 That's about it for this week - also, don't forget to enter my giveaway for your chance to win a skein of Stripey Fine sock yarn from Spud & Chloe! Click here for contest details; I'll be announcing the winner this Friday, March 20!
Posted by Handmade by Stefanie at 8:00 AM