It was impossible to resist casting on with the lovely (and grey!) skeins of yarn from my YarnCon stash enhancement experience. Thank goodness I'd gotten so many projects off the needles beforehand so that I could indulge in startitis without guilt!

On Sunday night, I immediately began making a simple Tunisian crochet scarf using my newfound skills and the two skeins of Bijou Basin Ranch sport weight yarn which came home with me: it was impossible to resist this incredibly squishy 100% yak yarn. I thought it would be fun to alternate between navy and grey as I practiced the Tunisian knit stitch and the Tunisian purl stitch - the result is an interesting effect! The only thing I'm not super-thrilled with is how loosely I began the scarf, but luckily that can be easily fixed by adding fringe to either end when it's all said and done. 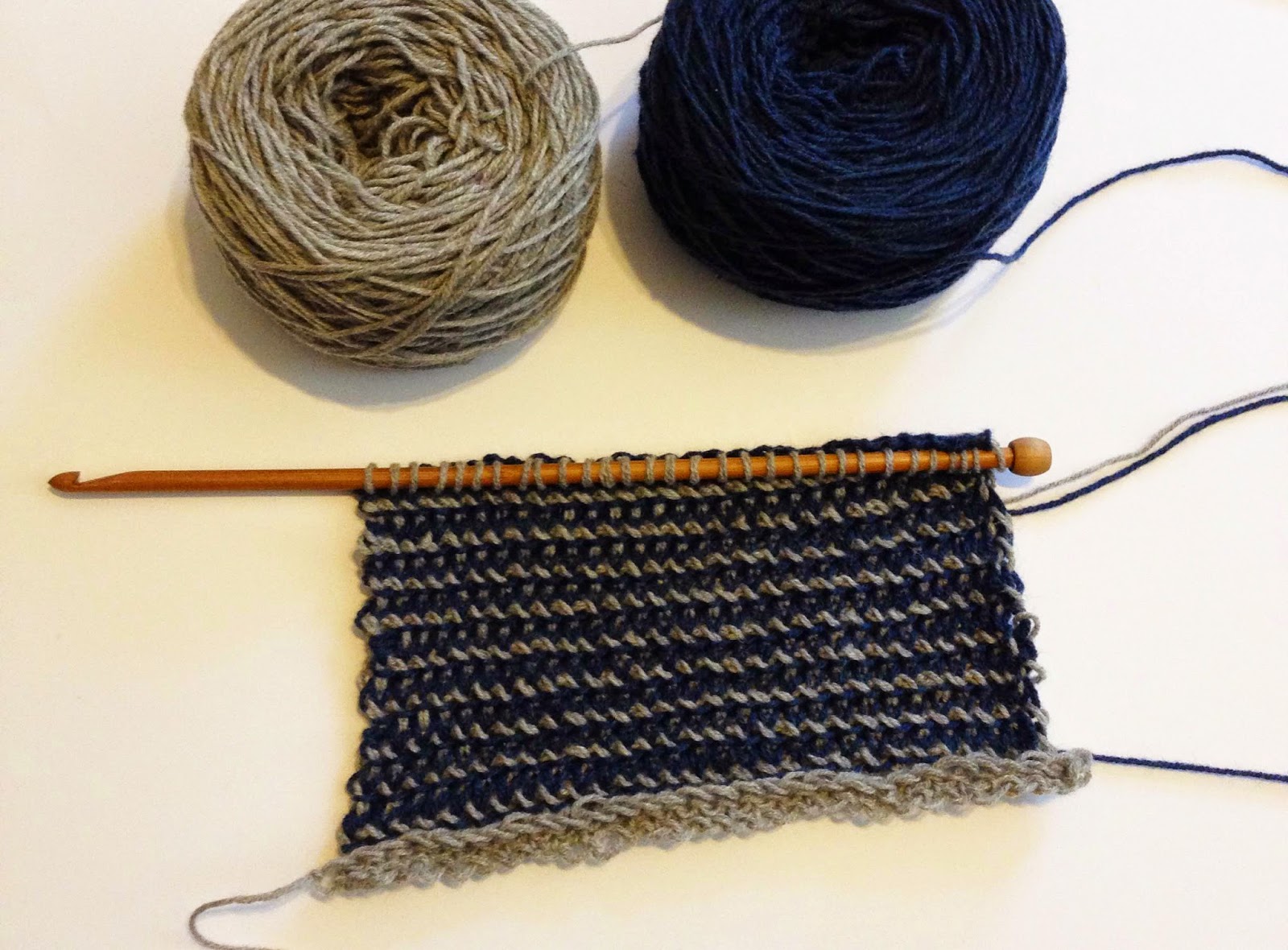 I also started a swatch for the Lake Michigan Tee from the new Knitscene, using the mondo skein of BFL sock from Leading Men Fiber Arts which I bought for the express purposes of this design. 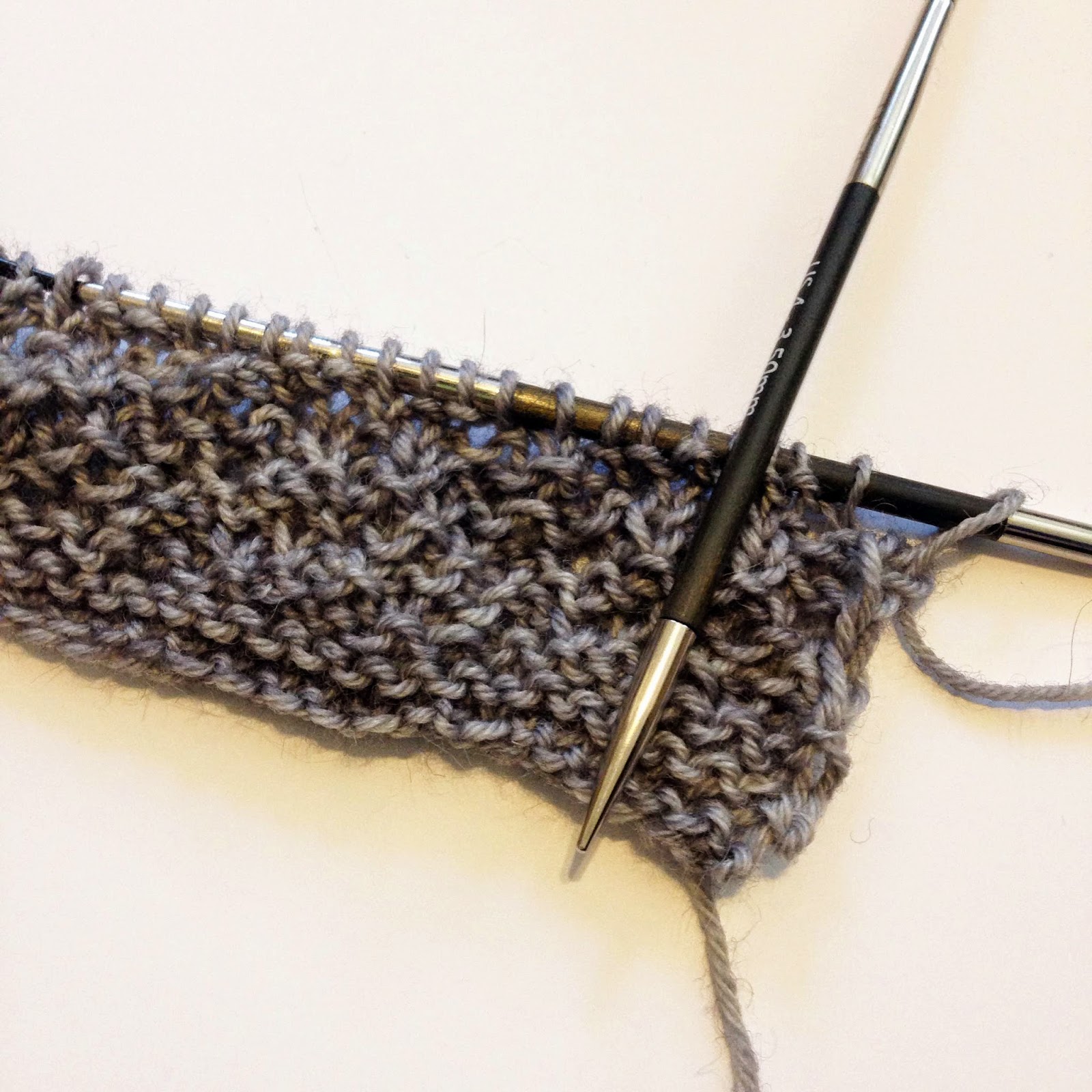 I'll be pairing it wish some skeins from my stash to create a colorblock/semi-ombre effect as I knit this pattern from top to bottom: 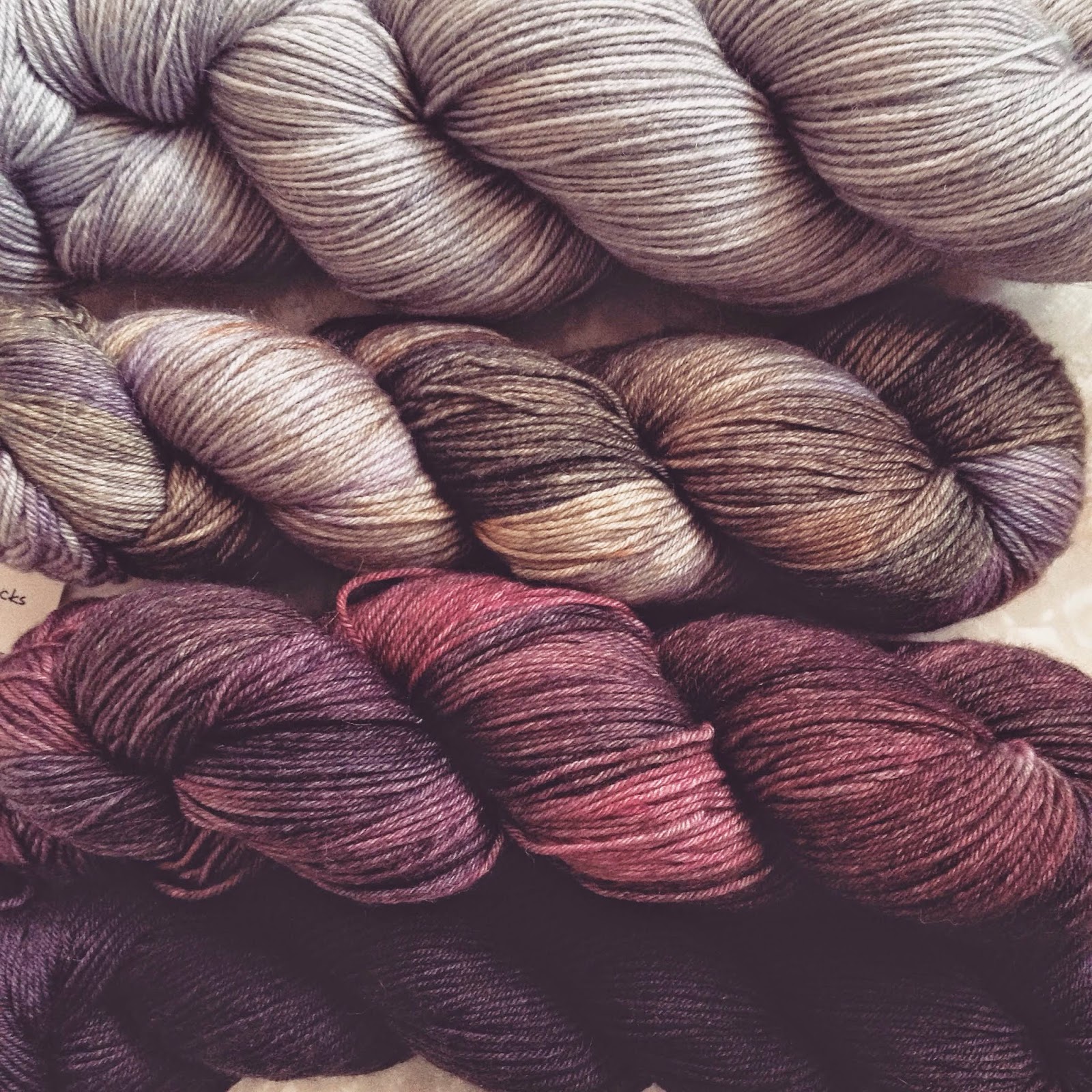 I should probably also mention the simple sock I started last week which will serve as my on-the-go knitting project for the foreseeable future, even though it's not entered in my Ravelry notebook just yet. I'm just doing a simple broken rib pattern and will probably use the OMG heel since it's so easy and fast; I'm using a skein of Cascade Heritage sock yarn which I was gifted for Christmas last year. 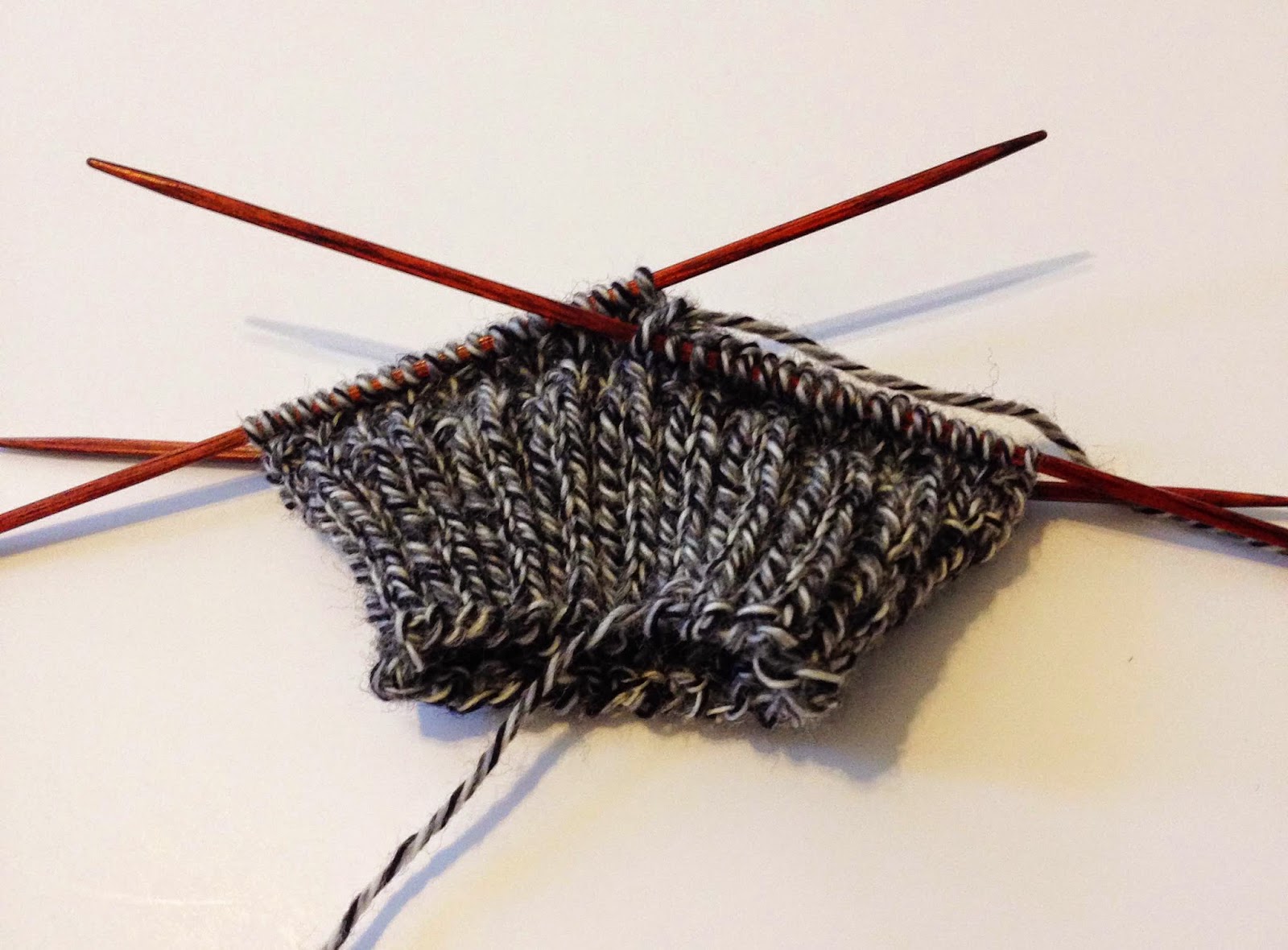 And that's pretty much it, except for the cozy memories blanket, which I continue to work on each week (I just don't think it's interesting to post a photo of it each week since the process is so glacial). Here's hoping I can add a little color into the mix for next week, otherwise I think we'll all get rather tired of the monochrome thing I've got going for my current WIPs!

Tell me...how much grey is too much?