Last Wednesday night, I discovered that I had inexplicably cast on 100 extra stitches from my Broad Shoulders KAL project. I don't even know how that's possible, but that's just the kind of crazy stuff my brain seems to enjoy doing lately. Thank goodness I discovered the mistake early on - having 5 extraneous stitches at the end of the first row of the first stitch pattern section was a major tip-off...though you would think that the unusually large size of the ribbing would have been my first clue.

At any rate, I ripped out the entire thing and started again. By the start of the weekend, I was ready to start the first stitch pattern once more, and I am now halfway through that section: 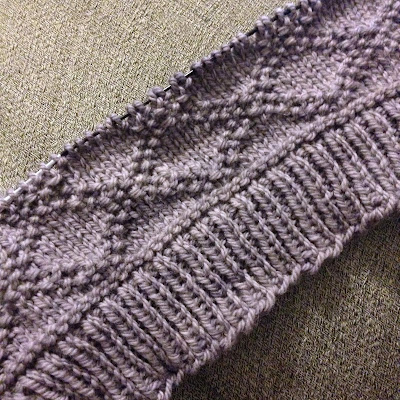 It's been slow going for most of my projects because there is just so much stuff going on right now. I'm not even finished with the third clue of the Perspectives MKAL! The final clue comes out tomorrow, so I definitely need to put some hustle in my bustle to get caught up: 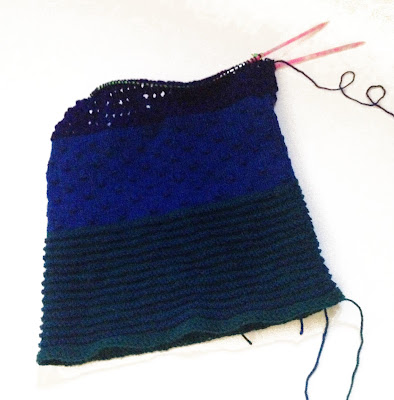 I've been working on my yak sweater, but it's still not very exciting to photograph - just miles and miles of stockinette. However, I did finally get to an exciting point on my Leonarda Wrap - the very beginning of the border stitch! 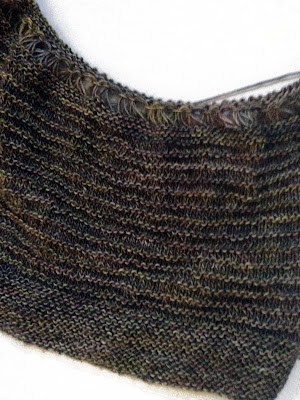 And that's it for this week, thanks for stopping by!

Posted by Handmade by Stefanie at 7:58 AM