I've finished several long-term projects lately, so I allowed myself to cast on a new project from this book I got for Christmas: 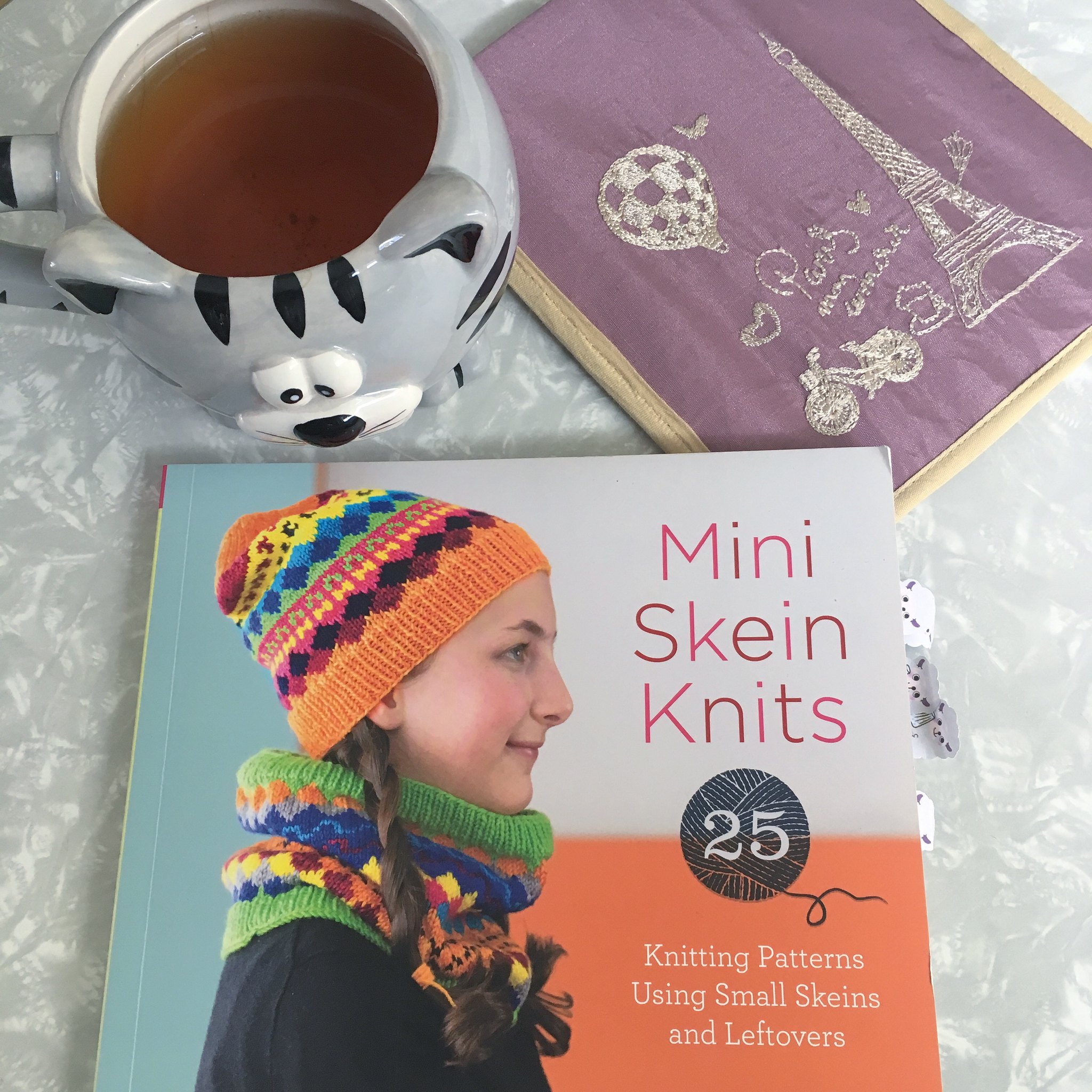 I chose the Simple Sideways Mitts using several of the yarns leftover from my very-recently-completed Fade (it's still in the blocking process, but look for finished Fade photos sometime next week!). I have no idea why I'm trying to cram it on these DPNs....apparently I just like the challenge?! 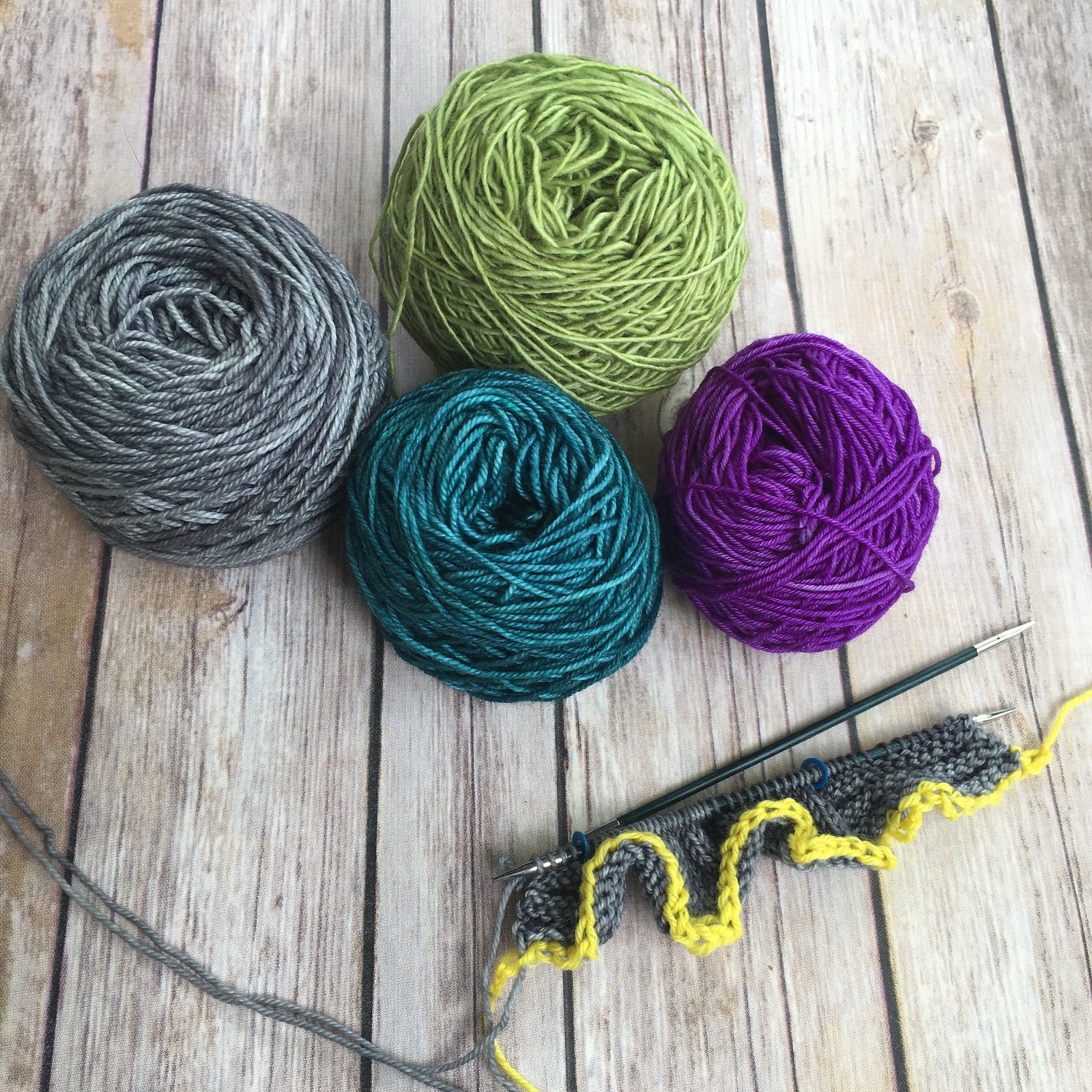 Rather than seaming a cast on and bound off edge, I opted for a crocheted provisional cast on so that I can graft each end together when I'm finished knitting. This is my favorite provisional cast on because you just make a single crochet chain that's a little longer than the amount of stitches you need, and then you pick up and knit into the bumps underneath the crochet chain like. I made a (hopefully helpful) mini-tutorial for anyone who wants to give it a try:

My current destash woven scarf is now past the halfway point, so my goal is to get it off the loom this coming weekend so that I can put on a few warp for the week ahead; it looks more or less like it did last week (lots of blue, gray and green yarn, only longer), so I won't bore you with another photo. I'm also working on a few new designs that I can't share just yet, but I did finally resurrect this sweater in Cascade Eco: 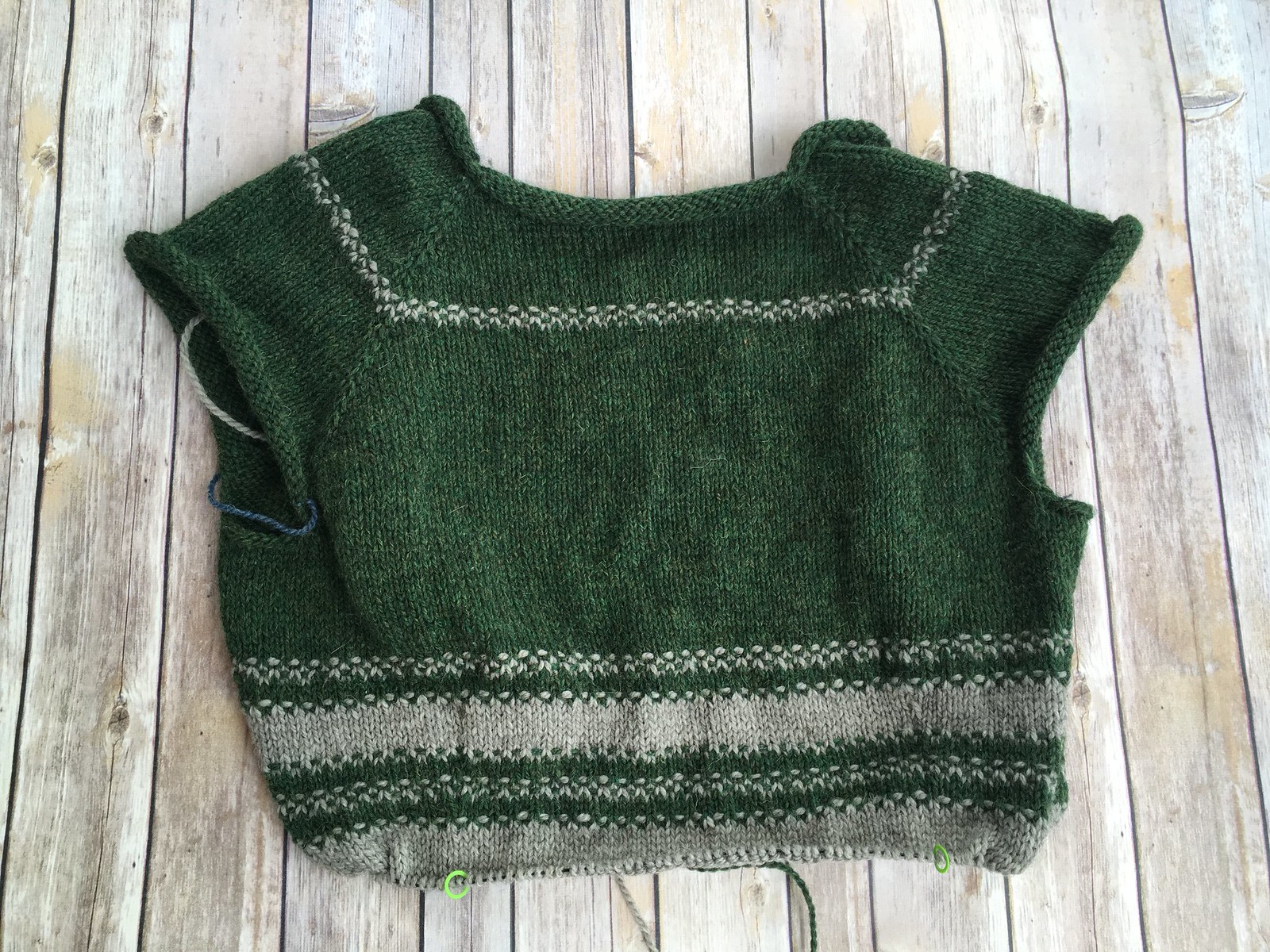 The only other active project I have on the needles the never-ending striped laceweight scarf/cowl thing I've been knitting since last August....it's baaaarely past the halfway point, but I've been slowly chipping away here and there - no photo since it looks more or less the same as it did the last time I shared it here on this blog (I like to think it's much longer, but who am I kidding?!).

I know it's a little weird, but having lots of WIPs, especially long-term, stresses me out - so it's felt amazing to finally move some projects into the final finishing stages (weaving in ends, washing and blocking, etc). I look forward to sharing some of these recent FOs with you soon, starting with this coming Friday!