I am just a million ends and a few buttons away from having 2 finished baby sweaters! How did that happen?! 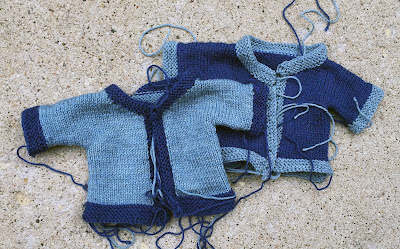 I've been able to avoid starting new projects because I am awaiting some yarn that is being held hostage by USPS currently - boo - which is pretty annoying, since it's for a sample that I need to finish by the end of this month. Ah, the Chicago postal service. They seem to have sixth sense for these things. Anyway, in the interim, I'm just trying to focus on finishing the projects that I have on the needles so that there is less distraction once the yarn finally shows up. To that end, I've been working more on the lightsaber-green socks: 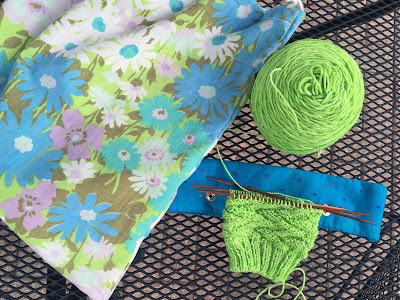 And also picked this hat project back up which I started about a week and a half ago and then promptly ignored: 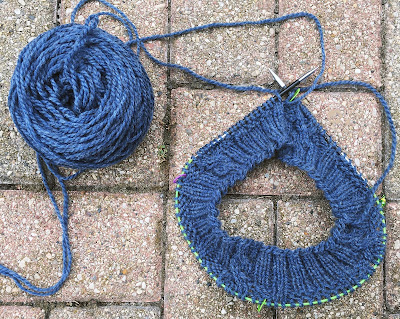 I'm still pretty enamoured with the handspun crocheted blanket, too - I think it's grown about an inch or so since last week: 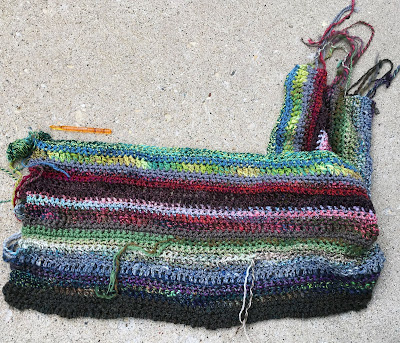 That's it for this week! I have another quick FO project to share with you this Friday, see you then!
Posted by Handmade by Stefanie at 8:00 AM