I finally upgraded my smartphone, after three years using my trusty (and durable!) HTC G2. It was my first smart phone, and it served me well - I'm not normally into "techie" stuff, but I had really grown attached to my phone and was reticent to part with it. However, I could no longer deny that it was past its prime - several apps I wanted to try out weren't compatible with my outdated Android OS, not to mention it had grown sluggish in recent months. It was time to bite the bullet and pick out a new phone.

After a little research, I decided to go with the HTC Sense....and I wish I had done so sooner! Seriously, I didn't think I could like a phone more than my last one, but I'm already in love. Better camera, better interface, and I can finally download Vine!

I suppose all of this back story isn't necessary for my review, but when I was configuring my new phone, I decided to treat myself to a few paid apps, too. 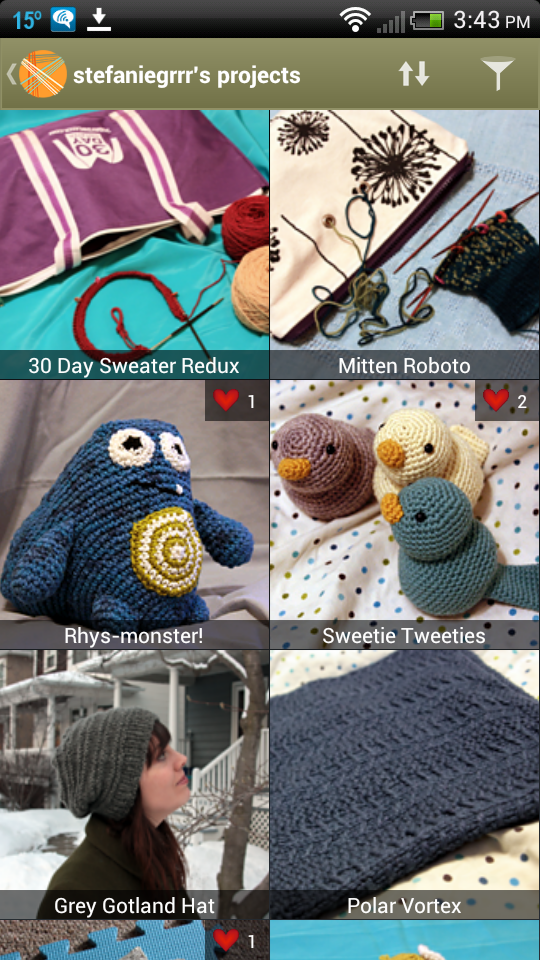 First, I purchased Ravulous for $1.55 in the Google Play store; this is the only Android app I've seen for accessing Ravelry. It's definitely similar to the iPhone apps I've seen (Stash2Go and WoolyApp), and there is a free companion app (Ravelry Photo Uploader) which allows you to easily upload photos of stashed yarns or projects to your notebook using your phone's camera or gallery. They also have a companion widget (available for $0.99) called Ravulous Hot Right Now which will keep you up to speed with the patterns which are trending on Ravelry via a widget you can add to your home screen. I have downloaded all 3 apps to my phone and been using them non-stop on my Android device ever since.

The focus of Ravulous is primarily a reader app; you can check out your notebook, queue, needle inventory and stash when you log in. A handy new feature allows you to purchase and download patterns, which I've been using quite a bit. The free Ravelry Photo Uploader makes it easy to upload photos to projects and stashed yarns using your phone's camera or gallery (another feature I've been using heavily in the past few weeks). Another great feature is the ability to access your information offline once you have looked something up in your projects queue, stash, or needles/hooks. 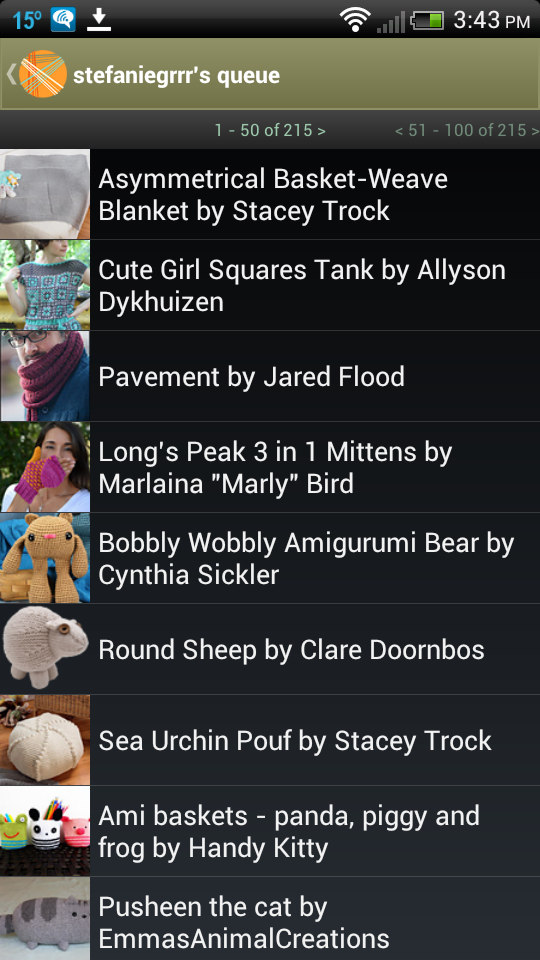 It should be noted that the Ravelry API currently does not allow access to certain features for app developers: for example. while you can view your queued projects to see the recommended yarn and yardages required, it is not possible to add a project to your WIPs from this screen. There are also certain fields in the project page which cannot be updated - for example, I had a project that had been hibernating and was not able to change it back to a WIP whilst in the app.

I messaged Polly the developer (rubbishknitter on Ravelry) to ask her a few questions about the app, and she was kind enough to grant me an interview. In her own words: "I wrote Ravulous to fulfill some mobile-specific knitting needs I had. I don’t usually knit in front of my computer, I get most knitting done either on the sofa or on the bus, so I wanted to be able to update my Ravelry project notes easily from my phone. Then there were a couple of occasions where I went to wool festivals in beautiful but remote rural locations. I wanted to check my Ravelry queue to see what yardages I needed for particular garments, but was frustrated at the lack of mobile network coverage. So I made Ravulous store this info so that you could access it offline. It’s quite a different situation to how you would normally use a website. The next festival, I used Ravulous offline to look at my queue & bought far more yarn than I should have. So then I added the stash feature, to help me make more selective and informed purchases, knowing what I already had in the drawer!" 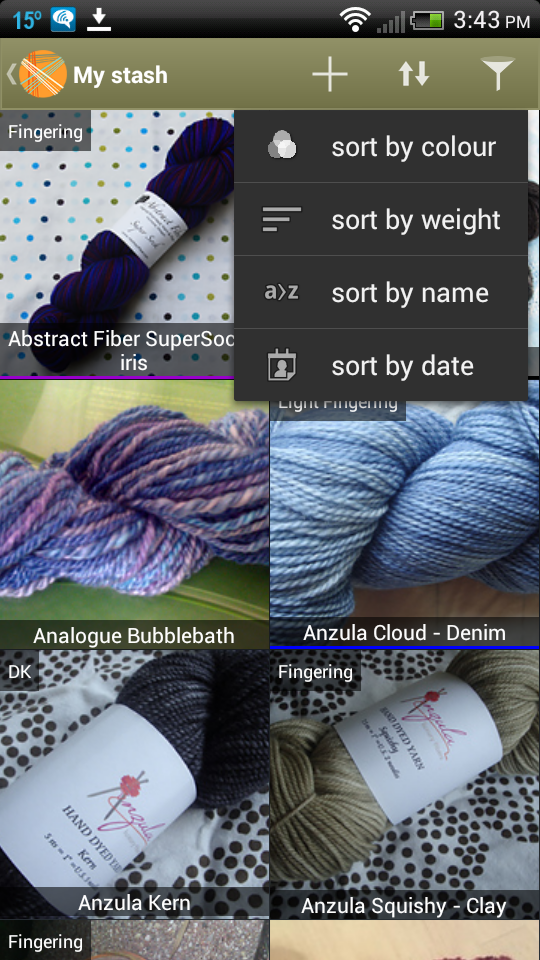 The app features a quick pattern search which allows you to look up any pattern by the name or designer. This is especially great if you'd like to view a pattern someone has mentioned to you while you're out and about. Advanced pattern browsing featured are not available, however, but this is something which the developer feels is better suited to using the desktop site on a bigger screen, which makes sense to me.

Speaking of patterns, I am kind of addicted to the Ravulous Hot Right Now widget ($0.99 in the Google Play store). I love checking it every morning! Polly said she created the widget "mainly for money saving purposes - it’s great for grabbing popular patterns which are free or on special offer for a limited time, and if it’s on your phone home screen you tend not to miss anything." It's true, I have snapped up a few lovely patterns which were free for a limited time since downloading the widget. It's also interesting to see what's trending, both for personal and business reasons.

I had a small issue getting the Ravulous Hot Right Now widget added to my home screen; immediately after downloading, it didn't show up on the list of possible widgets - an issue which was fixed by a quick restart (as so many tech-related issues are resolved!). Once I got it added to my home screen, I had great fun swiping through each pattern (this may be obvious to the tech-savvy, but a simple swipe up or down will cycle through each pattern; to view the details on ravely, simply touch the pattern photo when it is at the front of the line). It should be noted that you cannot add the pattern to your queue from this app; it is solely for viewing and purchasing/downloading purposes.

Ravulous also has a group on Ravelry where you can request new features, submit a bug report, and connect with your fellow app users.

I highly recommend this trio of apps; at just under $3 for the whole shebang, they're not only useful but cost-effective!


You may like to know: this review was not solicited by the developer; I purchased these apps and wanted to share my experience with my fellow Ravelers who use the Android OS.